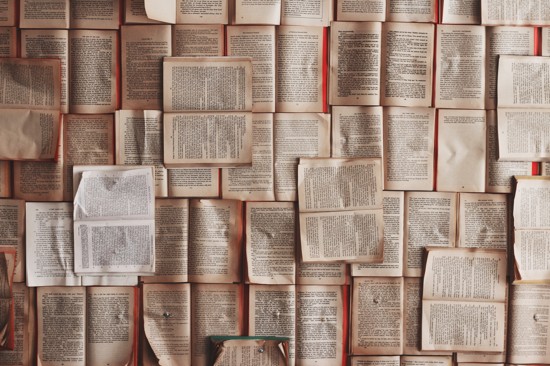 It was all going to be so easy: we’d build an information superhighway and young Wěi in Beijing would talk to his friends William in London and Wandile in Cape Town, education would segue through the population like water through a sieve, and it’d all be peace and puppies.

Humans got involved, the information superhighway became the internet, dark forces gathered, and everyone’s every keystroke became collectable, readable, and statisticable (and if that wasn’t a word before, it is now. Because it is a thing).

Governments and corporations began to know almost more about ourselves than we did ourselves, and developers came up with dark web software to hide from search engines so that they could talk about things most of us don’t even want to think about.

Then some thrice-damned numb-nut invented the pop-up advert and, worse, the shouty, desperate, flashing banner ad, and our brains whirred and popped, our eyes turned to spirals like they do in the comics, and we began to get more and more agitated every time we looked at our screens.

And finally Facebook and Twitter came along, added guilt and gifs of kittens to the mix, and suddenly we couldn’t sleep for fear that somewhere, someone who knew about these things had put up an online petition and we hadn’t found out about it and now the United Nations was going to commence with carpet bombing the jungles of the Kalahari within twenty four hours because we hadn’t prevented the destruction of the entire globe because we hadn’t clicked, liked, shared, and signed it.

Avalon it ain’t. (You know. Avalon – where King Arthur’s sword, Excalibur, was made, where the legend himself went to recuperate after the Battle of Camlann (I don’t know either), and where everything everyone ever needed just appeared in abundance out of nowhere and it’s all peace and puppies.)

It does. But it doesn’t need to.

I’m convinced that most people – the undesperate ones – come to the web for four simple things: good videos, good pictures, good music, and good writing. And I’ve tried to make my personal contribution to their quest in the fourth quadrant: writing. I’ve been blogging about issues affecting tourism in South Africa – and about the benefits and damages of tourism – since the 18th of August, 2002 (which makes me one of the oldest bloggers alive: ‘cording to Wikipedia, blogging was invented less than five years earlier.)

I’ve tried to make my stuff readable, useful, thoughtful and entertaining, and given the feedback I’ve got from my readers, I think I might have succeeded.

But I haven’t succeeded in making a business out of it.

Never mind, though. I’ll push on, because, just like some people are black and some are white, some are South Africans and some aren’t, I’m a writer. It’s what I am, what I do, and what I offer.

And one day the answer will come. Because, as a friend recently wrote, “the internet opens each one of us up to a global market. The question I am asking is whether we can exploit that as individuals without compromising the values we recognise and without having to come up with the next global success story. Can one keep life simple and still earn enough to meet one’s needs?”